Earl Bottom out in Elk City became a Silent Key on Sunday, June 23rd. Earl was a mover and shaker in Amateur Radio in western Oklahoma. He connected your section leadership with Rep. Frank Lucas for a 1 on 1 sitdown. Earl has also been the ramrod for the Elk City Hamfest. In addition to being my right hand in western Oklahoma, he was a very busy man as you will see in his obit.....
Earl Grayson Bottom, 62, of Hammon, Oklahoma entered this world on September 8, 1956, and passed June 23, 2019, after a brave and courageous battle with cancer. Earl was a long-time cattle rancher and was well known throughout Western Oklahoma. Earl frequently volunteered his time and served many worthy causes. He was a ham radio enthusiast and cherished friend of many.
Earl served many prominent roles in the community, including President of the Hammon High School Alumni Association. He was an active member and former President of the Cattlemen’s Association of Roger Mills County, a member of the Elk’s Lodge of Elk City, and he served as a Red Cross volunteer and certified CPR Instructor. He was active for many years as a leader and mentor in the Boys Scouts of America. Some of his honors and activities in scouting include: District Award of Merit, Council Coordinator for the Philmont Scouting Program, Western Plains Day Camp Director and Co-Director for many years and served on numerous Wood Badge courses. Earl was the Game Day Coordinator of the Scouting Usher program at the OU football games where he established many long-time friendships among fans who sat in the South end zone. Because of his immense impact on the young men he led, Earl was recognized with the Silver Beaver Award, one of Boy Scout’s highest awards. Ham radio enthusiasts far and near knew Earl as N5NEB after the many late-night radio chats and ham fests he helps organize and attend. Earl, who earned his ham license in the late 1980’s, served in the past as the West Central Oklahoma Amateur Radio Club President. He was the leader of the Possum Trappers, a group which talked every night and met yearly for a reunion which Earl organized. In recent years, Earl had become an ardent supporter of the Oklahoma City Thunder and rarely missed watching a game from his seat in Section 206. Earl truly enjoyed life and had a servant’s heart!
Funeral Services will be held at 2:00 p.m., Tuesday, June 25, 2019 at A.G. “Buck” Creach Memorial Auditorium, Hammon, Oklahoma. Tom Harguess will be officiating, and Dolan Ivey will assist. Interment will be in Red Hill Cemetery, Hammon, Oklahoma. Services have been entrusted to the care of Martin-Dugger Funeral Home in Elk City, Oklahoma.
Cherishing his memory is his mother, Allene Bottom; sisters, Paula Stafford and husband, Jim of Edmond, Oklahoma, JoAnn Reynolds and husband, Jeff of Walker, Louisiana; brother, Allen Bottom and his wife, Jane of Mansfield, Texas; nephew, Jake Reynolds and his wife, Hailey of Walker, Louisiana, Daniel Bottom and Michael Bottom both of Mansfield, Texas, Ryan Stafford of Denton, Texas; niece, Sarah Stafford of Edmond, Oklahoma; great-niece, Eleanor Reynolds of Walker, Louisiana; great-nephew, Solomon Stafford of Edmond, Oklahoma; aunt, Earlene Callen and husband, Jim of Winnsboro, Texas; and many cousins as well as close family friends, Alvin and Robin Williams of Clinton, Oklahoma, Brenda Archer of Hammon, Oklahoma..
He is preceded in death by his father, George Grayson Bottom; maternal grandparents, A.D. and Buena Stewmaker; paternal grandparents, Elwood and Annie Bottom.
Memorials can be made to the Boy Scouts of America Troop #144 in care of Martin-Dugger Funeral Home, P.O. Box 707, Elk City, Oklahoma 73648.
Online condolences can be sent to the family by using the online guest book at www.martin-duggerfuneralhome.com.
Posted by KC5FM at 8:00 AM No comments:

Field Day is quickly approaching, here are a few locations in the Oklahoma City Metro.

The Mid-Del ARC will be set up at Joe B. Barmes/Regional Park off Reno, west of Douglas in Midwest City. They will be in a tent in the teardrop, south of the dog park. www.w5mwc.org

EARS (Edmond Amateur Radio Society) will be at the Edmond Fire Station #5 off I-35 and Covell in Edmond.
www.k5eok.org

OCAPA (Oklahoma City Auto Patch Association) will be at the Atkinson Heritage Center "Pony Barn" off Midwest City and 10th St, on the west side of the road.
www.https://www.qsl.net/ocapa/index.html

SCARS (South Canadian Amateur Radio Society) will be at the Norman Red Cross in Norman off 1205 Halley Ave. www.w5nor.org

To locate your LOCAL Field Day site, visit the Field Day Locator.  Clubs and groups, register your site so people can find you. 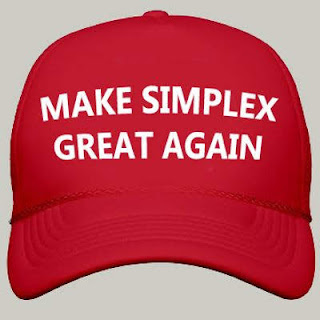 #ARRL Field Day coming soon to a location near you. #FieldDay2019 #hamradio

The Oklahoma City Autopatch Association (OCAPA), a local amateur radio club, will be participating in "Field Day, 2019", a national amateur radio emergency communications exercise, on the 22-23 of June, 2019. Sponsored by the American Radio Relay League (ARRL), A  Field Day, 2019" will begin on Saturday at 1:00 PM, continuing for 24 hours until 1:00 PM Sunday. This year's OCAPA Field Day site will be at the Atkinson Heritage Center ‘Pony Barn’. Set up will begin at 9:00 AM, Saturday morning.

Amateur radio operators are best know for serving the Oklahoma area as storm spotters during threatening weather and providing supplemental communications to first responder agencies. Most recently, amateur radio operators provided communication and backup power for the Bridge Creek Fire Departments after power was lost and antennas for their public service radio equipment were damage by tornadoes.

After the bombing of the Murrah Federal Building, over three hundred amateur radio operators helped sustain emergency communications for rescue, recovery and relief operations. Communications operations were sustained for over 330 hours through the support of 'hams' from Metropolitan Oklahoma City, Tulsa, Lawton and around Oklahoma. 'Hams' from Kansas and Texas also came to Oklahoma City to lend their support.

A majority of the NASA International Space Station (ISS) astronauts are licensed amateur radio operators. They operate a portable 'ham' station from the ISS to promote interest in science, and amateur radio, among elementary and middle school students.


To locate your LOCAL Field Day site, visit the Field Day Locator.  Clubs and groups, register your site so people can find you. 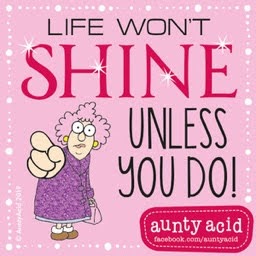