“The first message sent by Morse code’s dots and dashes across a long distance traveled from Washington, D.C., to Baltimore on Friday, May 24, 1844-175 years ago.” https://buff.ly/2X4ojPA

While one no longer needs to know Code in ham radio, it is useful, ex. while passing VOR sites while flying.

To learn CW skills or brush up your knowledge, Learn CW Online is worth a look. 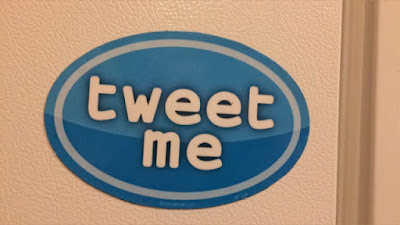 I would like to congratulate Lee Cooper, W5LCH, on beng appointed as the new Vice-Director for the West Gulf Division. Most of you know David Woolweaver strpped down from the ARRL Board in January. John Stratton took the Directors reigns and selected Lee as his Director of Vice! Both John and Lee should be at Oklahoma City Ham Holiday in July at the new venue.....Oklahoma City Community College.
Also, This year's Ham-Com is in Plano, TX on June 7-8 at the Plano Event Center. The new ARRL CEO, Howard E. Michel, WB2ITX will be in attendance.
If your group is doing anything in your communities, let me know so we can report on it.
Also, don't forget Field Day is just around the corner.
73 for now Kevin O'Dell, N0IRW Oklahoma Section Manager

It's that time again,  the Tulsa Digital Radio Club will hold an APRS net at 1300 CDT on Saturday.

Hams are encouraged to check-in by sending an APRS message to KD5NJR.


As an exercise, try the ANSRVR server.  Subscribe to the OKAPRS group for the duration of the net. Instructions are here : https://www.dropbox.com/s/rgvw6bokclb4ttj/APRS%20Messaging%20TDRC%20Training.pdf?dl=0

The Statewide DMR talkgroup will also be monitored.


APRS messages can be generated from


We continue to operate HF APRS using the instructions located at  http://tulsadigitalradioclub.blogspot.com/2015/03/hf-aprs-fldigi-style-using-pskmfsketc.html .  As an additional incentive for this upcoming net, a certificate of appreciation from the Tulsa Digital Radio Club (TRDC) will be sent to those stations that try this new high-tech wrinkle on the two decades old HF APRS mode.  The HF APRS net will be running on 7036 kHz at a center frequency of 1000 Hz using MFSK-16 for highest robustness during the net.

Popular for about 20 years now, APRS is a format for sending short textual messages over amateur radio.  Short bursts of APRS can conserve your battery power and radio spectrum.  It lends itself to low power applications such as travelers, backpackers and in emergency situations.  APRS radio sets are popular with hikers, experimenters (model airplane and rocket enthusiasts) and there is even an APRS terminal on the International Space Station.   Background information is available at :https://www.dropbox.com/s/rgvw6bokclb4ttj/APRS%20Messaging%20TDRC%20Training.pdf?dl=0

Questions or comments may be directed to Scott Haley kd5njr@gmail.com or Jeff Scoville AE5ME at ae5me@yahoo.com

The "Put Howard to Work" event, which was to be presented on Monday, May 13, by the ICQ Amateur Radio Podcast and feature ARRL CEO Howard Michel, WB2ITX, has been cancelled. Here is the official statement:


Earlier this week an announcement was made that ARRL CEO Howard Michel, WB2ITX, was going to be on air at Maxim Memorial Station W1AW on Monday afternoon, May 13, with the intent of giving ARRL members a chance to chat with the CEO and get to know him better as a ham. However, an issue was raised about this being a potential violation of FCC rules, in particular, Section 97.113 which states that "A station is also not allowed to transmit communication in which the station licensee or control operator has a pecuniary interest, including communications on behalf of an employer."

Given that the ARRL is Michel's employer, and that there was an effort to publicize an event at which members of the organization could chat with the CEO, such an event could be perceived as a benefit to the organization.

So out of an abundance of caution and to avoid any potential violation of FCC rules, or even an appearance of a violation, Michel has decided to suspend plans for the "Put Howard to Work" event that was scheduled for Monday, May 13.